Dream of Pixels – A strange but amazing puzzle game 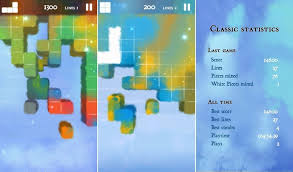 Dream of Pixels is a great puzzle game and worth a try. Regardless of the mode, the gameplay is very attractive and interesting, let’s experience the childhood memories once in a completely new style.

Puzzle is a game that has been born for more than 30 years and has been with most of us since the era of handheld electronics. This is a simple game, easy to play but equally attractive, challenging and the most important reason is that it is quite familiar to the majority of players. Because of this, many versions of this game have been released with a lot of gameplay being created and adjusted. And in today’s article, we would like to introduce to you a rather strange mobile puzzle game called Dream of Pixels.

In Dream of Pixels, there are still familiar shapes, L-shaped bars, squares, long sticks,… But this time the game will not stop at the normal puzzle. The game screen has been transformed and we will experience up to 5 different game modes and very attractive new features of the game.

Instead of the traditional play style of falling blocks from above, in Dream of Pixels, the gameplay has been slightly modified. At each stage there will be a wall built and constantly built. Players will have to cut the blocks according to the pictures that appear in the upper corner of the screen. The player’s score will be calculated according to the number of rows of bricks they cut. The game will end when the wall touches the bottom of the screen.

Dream of Pixels starts quite gently and simply, the necessary bricks will appear and the player just needs to select the desired points and tap on it, it can be said that the main operation in the game is just tap, tap and tap. But gradually the speed of the game screen will increase gradually and the player will have to manipulate and react quickly to make the next cut pieces.

Usually in the early stages of the stage, we will not pay attention to the creation of cuts on the wall so that after that there are still beautiful angles to serve for later cuts, when the speed of the screen Increasing, the majority of players will become more rushed than ever, we will frantically hyphen or try to remove the discrete pieces of the bend position earlier, then when unable to catch up Given the speed, most players will have to stop.

There are also special white pieces hidden in the wall, players will receive bonus points for moving them. At first this job will be quite interesting because it helps players improve the score and quickly have the opportunity to explore other levels, but when the difficulty of the levels increases, this does not seem to be important.

The other modes of Dream of Pixels are also very attractive with quite a lot of interesting surprises. Such as Pro mode, players will start the game at level 9 and the rules will also slightly change. We will have to manipulate separate blocks on the screen or a perforated wall when they are enlarged. Besides, in Puzzle mode, the job seems to be quite light, in this mode the system will not count or record over time, so the player will be relaxed and not have to suffer any pressure.

Overall, Dream of Pixels is a great puzzle game and worth a try. Regardless of the mode, the gameplay is very attractive and interesting, let’s experience the childhood memories once in a completely new style.