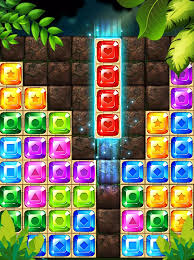 There are many people who play games but not all gamers choose for themselves but action, horror or adventure games. The following games will be games to help increase intelligence for those who love solving puzzles.

Although it is difficult, we believe that if you can solve it, you will be very happy.

The Room: Old Sins, also known as The Room 4, is considered to be the toughest game currently available on pc and mobile.

The game retains the same style and color graphics as the previous versions. Players only need to perform simple operations on the screen such as swiping, sliding the screen to control the character’s perspective.

This is a smart game to hack the brain by helping a group of stranded astronauts to find a safe place to shelter.

The content of the game is very simple, just control so that the characters move in the right direction and get rid of the traps.

Each level gives the player a certain time and must be completed before completing. Once you have found the way for the astronauts to escape, you have completed that level.

A planet very far from Earth, with many conspiracy to kill people, usurp property and food from each other is what is in Ticket To Earth.

You will play the role of a hero and fight in revolutionary tactics. The game is a mixture of thought-provoking puzzles and players must control their steps in order not to fall into the arms of their enemies.

All That Remains: Part 1

In this game, the main goal is for players to find their way out in difficult spaces before bad things happen.

Gamer will explore a dungeon, collect item evidence, decode puzzle clues and try to escape from that place before the door is locked.

You can also contact outside for help with radio assistance available.

This game is one of the classic games on iOS and Android today. Monument Valley has its own attractions in each level of play.

Players will be challenged a lot when getting lost in wonderland and solving those difficult questions in it. 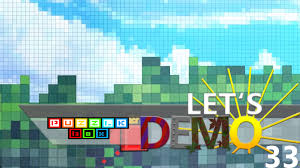 The Room: Old Sins, also known as The Room 4, is one of the toughest puzzle games available today on Mobile. The game retains the same gloomy colors as the previous versions, you perform simple actions on the screen such as swiping, sliding your finger to adjust the character’s perspective, checking every item in the room and decoding the puzzles of the game.

Causality is a brain hacking puzzle game by helping a group of stranded astronauts find their way to safety. The game has a simple gameplay, you just have to navigate the characters and get out of the traps. Each level has a time limit, you have to lead astronauts to the exit that suits them in a limited time frame, when all are to the exit, your friend has completed the level.

A distant planet, a deadly conspiracy,  a dying colony, fighting a greedy system are all there in Ticket to Earth, the revolutionary strategy RPG. The game is a continuous blend of turn-based tactics, thought-provoking puzzles, you must control your moves and use the buffs available to fight your enemies.

In All That Remains: Part 1, your main goal is to find your way out before bad things happen. Explore a dungeon, collect items, solve clues, puzzles and try to escape from the room before the door is locked. You can seek help from your sister through the built-in radio contact.

Among the classic puzzle games, Monument Valley has many attractions in each level, you will be challenged quite a lot when you get lost in the wonderland, enjoy the art works, architectural style.